Warning: A non-numeric value encountered in /homepages/20/d661123687/htdocs/clickandbuilds/MetropolitanCatholicChorale/wp-content/themes/Divi/functions.php on line 5837

A day designed especially for:

The day will include:

For a link to a PDF of the Study Day poster, please click here. 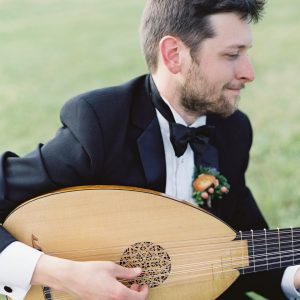 Charles Weaver is on the faculty of the Juilliard School, where he teaches historical plucked instruments and Baroque music theory. Of his conducting for New York’s Dell’Arte Opera, The Observer remarked, “It was amazing to hear what warm and varied sounds he coaxed from the ensemble.” He has also served as assistant conductor for Juilliard Opera and has accompanied operas with the Yale Baroque Opera Project and the Boston Early Music Festival. As an orchestral musician, he has performed with the New York Philharmonic, the Philadelphia Orchestra, and the Virginia Symphony. His chamber-music engagements have included Quicksilver, Piffaro, Chamber Music Society of Lincoln Center, the Folger Consort, Apollo’s Fire, Blue Heron, and Musica Pacifica. He also works with the New York Continuo Collective, an ensemble that mounts workshop productions of seventeenth-century vocal music. He has taught at the Lute Society of America Summer Workshop, the International Baroque Institute at Longy, and the Madison Early Music Festival. He is the director of music at St. Mary’s Church in Norwalk, Connecticut, where he sings and conducts renaissance polyphony and plainchant. He is also pursuing a doctoral degree in music theory at the City University of New York 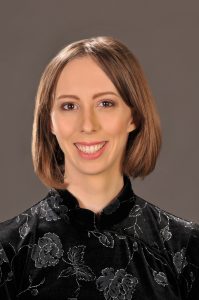 Jennifer Donelson-Nowicka is an associate professor and the director of sacred music at St. Joseph’s Seminary (Dunwoodie) in New York, where she also teaches sacred music courses in the St. Cecilia Academy for Pastoral Musicians.
She has co-edited Mystic Modern: The Music, Thought, and Legacy of Charles Tournemire, published by the Church Music Association of America (CMAA). Her publications also include articles in the New Catholic Encyclopedia, Sacred Music, Antiphon: A Journal for Liturgical Renewal, the proceedings of the Gregorian Institute of Canada, the Fellowship of Catholic Scholars Quarterly, the Adoremus Bulletin, and Liturgy in the Twenty-First Century (Bloomsbury/T&T Clark).
She was the sometime president and is currently a board member of the Society for Catholic Liturgy, serves on the board of the CMAA, is the managing editor of the CMAA’s journal Sacred Music, and serves on the Archdiocese of New York Music Commission. As academic liaison of the CMAA, she has organized and presented papers at several academic conferences on Charles Tournemire, the work of Msgr. Richard Schuler, and the role of Gregorian chant in pastoral ministry and religious education; she was a co-organizer of the Sacra Liturgia USA 2015 conference in New York, and presented papers at the Sacra Liturgia conferences in New York, London, and Milan. She also recently served as the conference organizer for the annual meeting of the Society for Catholic Liturgy in Miami. Donelson-Nowicka was recently named as a Consultant to the USCCB’s Committee on Divine Worship.
Donelson-Nowicka received her DMA in piano performance at the University of Nebraska-Lincoln, where she studied piano with Paul Barnes, Mark Clinton, and Ann Chang in addition to her organ studies with Quentin Faulkner. She received her undergraduate degree in vocal music education and North Dakota State University, where she studied piano with Dr. Robert Groves and conducting with Dr. JoAnn Miller.
Having studied Gregorian chant at the Catholic University of America and the Abbey of St. Peter in Solesmes, for six years Donelson-Nowicka served as a co-organizer of the Musica Sacra Florida Gregorian Chant Conference, and has given chant workshops in dioceses, parishes, and monasteries across the U.S. and Europe. She is a regular member of the faculty at the Church Music Association of America’s annual Sacred Music Colloquium. Before coming to Dunwoodie, Dr. Donelson-Nowicka served on the faculty at St. Gregory the Great Seminary in the diocese of Lincoln, Nebraska, and at Nova Southeastern University in Fort Lauderdale, where she taught music theory, music history, piano, and directed the university chorale.
As a choral conductor, Donelson-Nowicka has directed collegiate, semi-professional, amateur, monastic, and children’s choirs. She currently directs the Schola Cantorum of St. Joseph’s Seminary and the Metropolitan Catholic Chorale. She also regularly teaches Gregorian chant to the contemplative sisters at the Monastery of St. Edith Stein in Borough Park, Brooklyn (Servants of the Lord and the Virgin of Matará [SSVM]), and has also given extended workshops to the Benedictine monks of Silverstream Priory in Ireland (County Meath) and the Benedictine nuns of Priorij Nazareth Tegelen in the Netherlands. Additionally, she teaches chant to children using the Ward Method at the Colm Cille Club (Pelham, NY) and Immaculate Conception Children’s Schola Cantorum (Sleepy Hollow), and she recently joined the faculty as a music teacher at the Cardinal Kung Academy in Stamford, Connecticut. Dr. Donelson-Nowicka is currently working on a project to adapt the Gregorian chants of the Mass proper for the Spanish language. She also co-hosts a weekly podcast with Peter Carter entitled “Square Notes: The Sacred Music Podcast.”